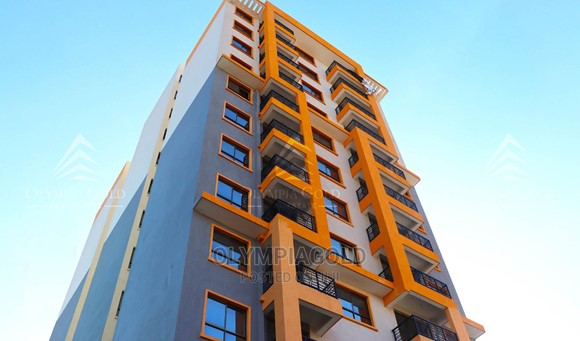 In the article, the authors summarize and critically analyze the salient provisions of the Kenya's Sectional Properties Act

1.     Introduction
Kenya’s Sectional Properties Act (the “Act”) commenced operation on 28th December, 2020 and its enactment was necessitated by the emerging market needs such as the growing demand for affordable housing, mixed use developments and master planned projects.

The main purpose of the Act is to provide for division of buildings into units to be owned by individual proprietors and common property to be owned by proprietors of the units as tenants in common. This is in-line with the provisions of the relatively new land laws[1] that deal with all matters relating to land and registration of interests in land.

The Act was also by design intended to address three key concerns by the general public: the first was to ensure that each person is able to obtain a title that is completely delinked from the developer thus protecting purchasers and streamlining administration of governmental rates and rent. Secondly, it was to make it impossible for developers to change the common areas and convert them into revenue streams for their personal benefit to the detriment of the end user purchasers. Thirdly it was to prevent developers from changing the size and location of the unit agreed upon after the sale.

2.     Analysis of the key provisions of the Act
The Act provides for division of buildings into units and is to the effect that an existing structure may be designated a building containing a unit or part of a unit or divided into two or more units. This will be achieved by registration of sectional plans prepared by surveyors from building plans approved by the county government. The import of this is that if an owner of a building elects to divide the building into units, he will then be required to prepare a sectional plan before selling the units. Developers will no longer be able to use architectural floor plans to process titles for the units.

This is a good move since the purchaser’s share in the common property shall be set out in the title document unlike in the previous regimes where unit owners only owned common property by way of shareholding in the management company.

Every plan presented for registration under the Act is required to:

Additionally, every plan presented for registration as a sectional plan is required to be endorsed by a surveyor stating that the structure shown on the plan is within the external surface boundaries of the parcel which is the subject of the plan as well as a certificate from the county government stating that the proposed division of the structure as illustrated on the plan has been approved by the county government. This prevents the sale of non-existent units by ensuring that the developer has progressed with construction before offering units for sale.

Approval by the county government will serve to protect developers by ensuring surveyors prepare quality sectional plans and protect purchasers by ensuring that the developers construct the units in accordance with the approved plans.

A sectional plan presented for registration is to be accompanied by an application for registration of the corporation (the “Corporation”) established to manage the common property together with a list of the persons who are the owners of the units.

The Corporation is to be regulated in accordance with the Act and the bylaws specified in the regulations.

The Act further provides a list of the documents to be provided to the purchaser by the developer before selling a unit. These documents include:

The requirement for the developer to supply the above documents goes a long way in assisting the purchaser to undertake comprehensive due diligence on the unit.

Section 59 of the Act empowers the Cabinet Secretary in charge of the Ministry of Lands and Physical Planning to make regulations in respect of inter alia forms to be used for purposes of the Act, the manner of registering sectional plans and the fees to be paid for any procedure or function required or permitted to be done under the Act.

Pursuant to the above provision, the Cabinet Secretary for Lands and Physical Planning gazetted the Sectional Properties Regulations of 2021 (the “Regulations”).[2] The Regulations contain the standard forms applicable in the registration of Sectional Property, conversion to sectional units and winding-up of management companies among others.

4.     Impact of the Act on Registration of Long-Term Leases

Pursuant to the above provisions, the Cabinet Secretary issued a public notice[5] to the effect that Registrars will no longer register long-term leases unless they are accompanied with sectional plans.

Therefore, where all or part of the units have been transferred to the respective owners and they meet either of the criteria above, long-term leases will have to be converted to sectional titles.

Regulation 22 of the Regulations however provides for categories of long-term leases that are exempt from conversion. These include long term leases:

a.     which it is expressly provided by the agreement that reversionary interest belongs to the developer or management company as legal owner and not as a trustee;

b.     large mixed-use developments and phased developments where it is by agreement provided that reversion shall be retained by the developer or to be otherwise held by a management company; or

c.     projects of strategic national importance, substantial transactions, and special economic zones, which by their nature, renders it impractical to relinquish reversionary interest.

The Act is progressive and once fully operational it will simplify the process of registering sectional properties thus creating a conducive environment for investors and property dealers.