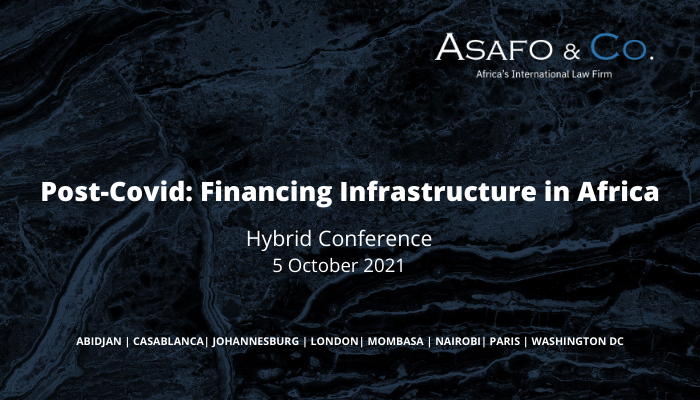 In connection with Paris Infraweek, Asafo & Co. and Paris Europlace co-hosted a side event on financing infrastructure in Africa.

On October 5, we were pleased to co-host with Paris Europlacea a hybrid conference entitled, “Post-Covid: Financing Infrastructure in Africa”, organized in connection with Paris Infraweek (4-8 October).

A recording of the event is available here.

Any cookies that may not be particularly necessary for the website to function and is used specifically to collect user personal data via analytics, ads, other embedded contents are termed as non-necessary cookies. It is mandatory to procure user consent prior to running these cookies on your website.